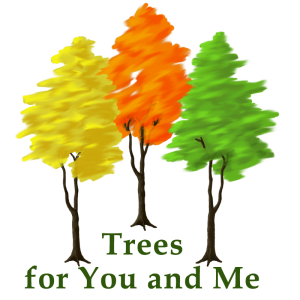 The AAZK Trees for You and Me Program educates individuals about climate issues, encourages fundraising by AAZK Chapters, and supplies a forest based carbon-offset grant to qualified entities in an effort to help polar bears and the loss of
their sea ice habitat.

The AAZK Trees for You and Me Program promotes reduction of carbon emissions through education, fundraising, and support for reforestation efforts.

The AAZK Trees for You and Me Program will mitigate the effects of climate change, through support of the TFYM grant recipients.

“Zookeepers don’t just care for animals, they care for our planet and you can too.”

Did you know you could plant trees for polar bears? Trees for You and Me is a tree-planting conservation program created through a partnership between the American Association of Zoo Keepers (AAZK) and Polar Bears International (PBI). Both organizations recognize a mutual passion in combating climate change and reaching to communities to aid in sustainability initiatives. Trees for You and Me was founded by former PBI Arctic Ambassadors from the zoo community who wished to initiate a fundraising challenge to plant trees.

Funds raised by local AAZK chapters, online donations and other conservationists from the communities are used in an annual granting program aimed to provide funding for tree-planting to areas of the world that have been devastated by deforestation. 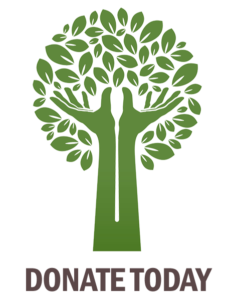 AAZK Chapters may also take advantage of the the donation page for by asking individual donors to AAZK Trees for You and Me to credit the donation directly to an AAZK Chapter totals.

How does the AAZK Trees for You and Me Grant work?

The AAZK Trees for You and Me Grant is a forest-based carbon offset grant with funds generated by individual donations and AAZK Chapters hosting Trees for You and Me fundraising events!  This grant furthers AAZK’s and PBI’s quest to fight climate change by soliciting grant applicants that will utilize grant funds for climate change mitigation via habitat revitalization.

AAZK Trees for You and Me Grant Application

How will the Campaign Work?

When will Trees For You & Me start?

The Campaign will begin February 1 of each calendar year

When will Trees For You & Me end?

The Campaign will end at midnight on November 1 of each calendar year, during Polar Bear Week.

TFYM Checks shall be sent to AAZK by November 1:

How can chapters raise and gather campaign funds?

Each AAZK chapter can determine the way they want to raise money. Projects in the past have included bake sales, polar plunges, miniature golf events, garage sales, silent auctions, fun runs, spaghetti dinners, car washes, recycling programs, a night at a local hangout that allows a 50/50 raffle, and more. The actual cash handling procedures will be the same you follow for other campaigns for your Chapter at your institution. You can also check out the AAZK TFYM Resources here:

Your fundraising efforts can include an educational event that invites others to take part in additional conservation behaviors that reduce their carbon footprint. Planting trees in urban areas has distinct benefits, but the most important is that it brings people together with a green activity. Community engagement – citizens working collaboratively, through inspired action and learning, to create and realize bold visions for their common future – is a critical step in creating movement to stop our dependence on fossil fuels and stop climate change.

Polar Bears International loves people who help plant trees and save polar bears, so they want to show their gratitude for our AAZK Chapters! PBI will now be offering a spot in their Climate Alliance Program that happens in Churchill, Manitoba, the “Polar Bear Capital of the World”! For every $100 raised towards the Trees for You and Me Grant from January 1-November 1, AAZK Chapters will receive one raffle ticket towards this amazing professional development opportunity.

Want to increase your chances? We invite AAZK chapters to donate during the TREEBLITZ period from February 1-April 1, because during the TREEBLITZ we will DOUBLE raffle tickets!! For every $100 donated towards the TFYM Grant, AAZK Chapters will receive two raffle tickets up to $500. It is your AAZK Chapter’s chance to get 10 raffle tickets instead of five!
The winning AAZK Chapter will be chosen in November and their nominated member will be going to Churchill the following October (dates subject to change based on coordination with Polar Bears International).

Trees act as “carbon sinks” that absorb CO2 from the air. They store this carbon in roots, trunks, stems, and leaves while they grow and in wood products after they’re harvested.

Conservation actions that reduce the production of greenhouse gases are the most impactful efforts to save polar bears. Planting trees is one of the few tools that we have to sequester carbon. Saving tropical rainforests is even more impactful for sequestering CO2. As an individual and group you can make difference:

Learn more about the plight of the Polar bear. Download and print this document to provide resources for your Trees for You and Me Campaign

Plight of the Polar Bear

For More Information on AAZK Trees for You and Me Contact: 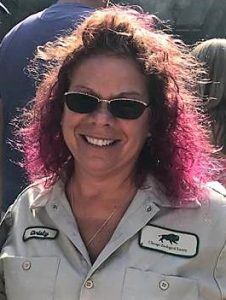