The International Rhino Foundation is dedicated to the survival of the world’s rhino species through conservation and research.

Bowling for Rhinos helps support the work of the IRF in Indonesia in three primary areas. Those are Ujung Kulon National Park in Java, Bukit Barisan Selatan and Way Kambas National Parks in Sumatra. BFR monies help support on the ground rhino conservation by providing funds for anti-poaching units as well equipment for censusing of rhino populations such as trap cameras. 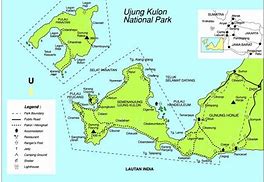 Ujung Kulon National Park is situated on the western edge of the island of Java, Indonesia. It is home to one of the rarest and most endangered rhinos on the planet, the Javan rhino. It is estimated that only 40-60 of these rhinos remain in two distinct populations. The larger population is found in Ujung Kulon and a smaller non-viable population of only 3-5 individuals is found in the Cat Loc region of the Cat Tien National Park in Vietnam. 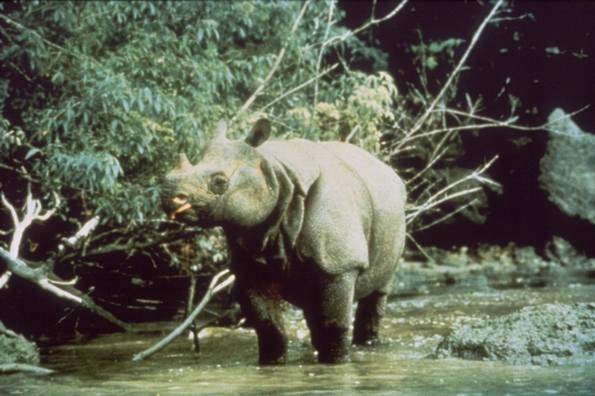 IRF works with its partners to protect the Javan rhino in two ways. They wish to grow the population as well as protect the animals from poaching. This is done through the Rhino Protection and Monitoring Units (RPMUs). There are 3 RPMUs that operate within the national park. In addition to actively working to prevent poaching of the rhinos and other wildlife they are also on the lookout for any other illegal activities and work closely with proper government authorities on this. They are also busy collecting a variety of information on the rhinos such as footprints, wallows, feces, browsing areas, direct sightings, and other information which is then input into a database. They also work closely with local communities to collect information about illegal activities, including poaching, and also work to educate and build awareness of the importance of conserving Javan rhinos. 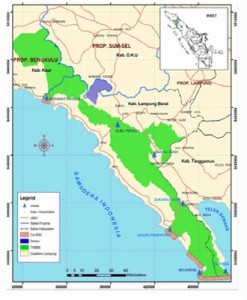 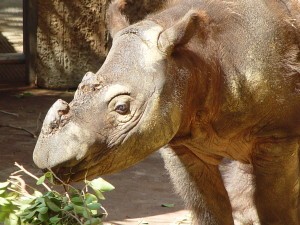 Bukit Barisan Selatan National Park is located in southwestern Sumatra and is the third largest protected area in Sumatra. It is home to the Sumatran rhino. The Sumatran rhinos share this area with Sumatran tigers and the Sumatran elephant. The Sumatran rhinos are considered the most endangered of all rhino species with their numbers in the mid-200’s. Even though their numbers are greater than the Javan rhinos they are considered more endangered as there are significant poaching and encroachment pressures on their populations, moreso than on the Javan rhinos. Bukit Barisan Selatan National Park has the second largest population of this endangered rhino with an estimated 60-85 rhinos found here. Sumatran rhinos are found only on the island of Sumatra with a remnant population on Borneo. IRF and its partners help fund and operate 8 rhino/tiger protection units (RPUs/TPUs) whose main function is to prevent poaching. As with the RPMUs that operate in Ujung Kulon the RPUs/TPUs work closely with local governments to curtail illegal activities and also collect data on the Sumatran rhinos. They also work with local communities to establish relationships to gather information on suspected poachers and others who engage in illegal wildlife activities and education and build awareness as to why conserving Sumatran rhinos is important. 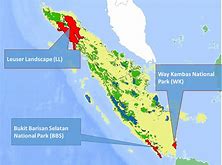 Way Kambas National Park is located in southern Sumatra. Before becoming a reserve in 1972 it was extensively logged and now has little primary forest left. Sumatran tigers and elephants are also found here. IRF helps to fund and operate 5 Rhino Protection Units(RPUs) in Way Kambas. As with the other parks, the RPUs work to prevent poaching and curb other illegal activities such as illegal logging, hunting and encroachment on park lands. They also work with local communities on educating and awareness of Sumatran rhino conservation.

For more information on the International Rhino Foundation and its programs please visit their website at rhinos.org